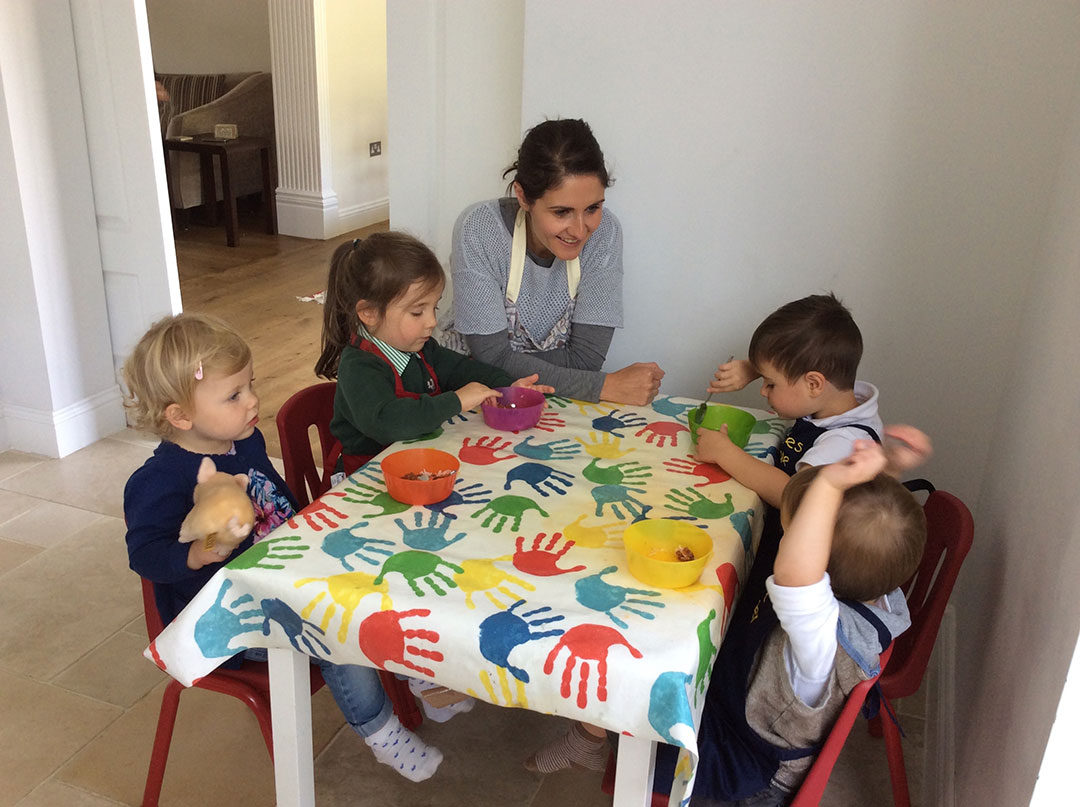 My name is Jo, and I am mum to 5 wonderful kids: my daughter, aged 21, and four boys aged 7, 5, 4 and 14 months. I have worked in schools since the age of 18 – both primary and secondary – starting as a teaching assistant and working my way up to a teacher of music and drama. Being around kids so much, my own and my students, I have really come to understand the importance of a nutritious diet for children – not just including the healthy foods that help their brains and bodies develop properly, but also cutting out the unhealthy ones that can lead to illness or behavioural problems. I am now pursuing studies in nutrition, but I wasn’t always so well informed.

I was born in East London and had Emily when I was just 16. The shock of young pregnancy and motherhood still remains, yet seems like another lifetime. Even then I was aware of not giving her too many crisps, chocolate or sweets, as it felt like people were inexplicably bombarding me with unhealthy food for her. But I had never really thought deeply about the food I was feeding her – not until she was about three or four years of age, and I watched Jamie Oliver’s programme about healthier eating for children in schools. It was highlighting what was really in chicken nuggets and many other children’s processed foods. That night, I emptied my freezer, threw out the junk food from the cupboard and started making healthier meals. But it wasn’t easy.

At the time I was working full time and caring for my daughter as a single parent, and was still very young myself. My daughter had a taste for processed foods and it was a very difficult road getting her to eat the different fresher foods I was now introducing – she was missing her turkey twizzlers and waffles! The vegetables in their natural state were the biggest challenge, so I began to make puréed vegetables to go with pie and mash, which she didn’t mind. She would say ‘mum I know you have loads of vegetables in there (while watching me mixing them in the blender) but I don’t care because I can’t see them’.

When I look back now, I really hadn’t made that much of a change – I still used canned beans and jarred sauces, so there was still too much salt and sugar in her diet, without me realising. But it was the best I could do at that time, with the money, time and knowledge I had then. I later became more and more interested in food, and the healthier the better. I was suffering with my own fatigue issues that interrupted my daily life until I gave up sugar and became and more energetic and happier person.

I now have four more children, and my boys have a very healthy diet at home – I am still working on Emily! We only indulge in the occasional convenience foods when on holiday or just when we are out for dinner, depending what’s on offer.

I’m lucky to have a supportive husband, but please don’t picture him in an apron running round with the hoover! He would pick the garden and paperwork duties every time and is very little help in the kitchen! When he comes home from work and asks what I’ve been doing all day, while looking up and down at the living room full of toys, odd socks and items from the kitchen that I’m even surprised to see, I say, ‘Darling, I work as hard as you, if not harder!’

I hope I can now help other parents cook healthy food daily in an easy and realistic way, with the hardest part being the washing up – if only I knew the art of clearing up as I go!